Razorist.com
Home Shaving We Shaved With a Disposable Razor for a Week. Here’s What Happened… In the world or razors, you can spend as much — or as little — as you want. Sure you can buy a nice multi-blade refillable razor set. They start around $15 and will give you a great shave.

But some people don’t want to spend that much. Or sometimes you are just in a pinch (like when you forget your razor while traveling) and need a cheap replacement to get you through the next day or two. In that case, you don’t want to spend a fortune.

Disposable razors are everywhere. You can pick them up at the convenience store, grocery store, and just about anywhere in between. They are also extremely inexpensive. A five-pack or razors can be had for just about a buck.

But many people wonder how the shave actually is with a disposable razor. If they are so inexpensive, they can’t be as good as a refillable razor, right? Or are higher-end razors simply more expensive, but don’t actually give a better shave?

To see for ourselves, we went an entire week shaving with a single disposable razor. Here’s what happened… 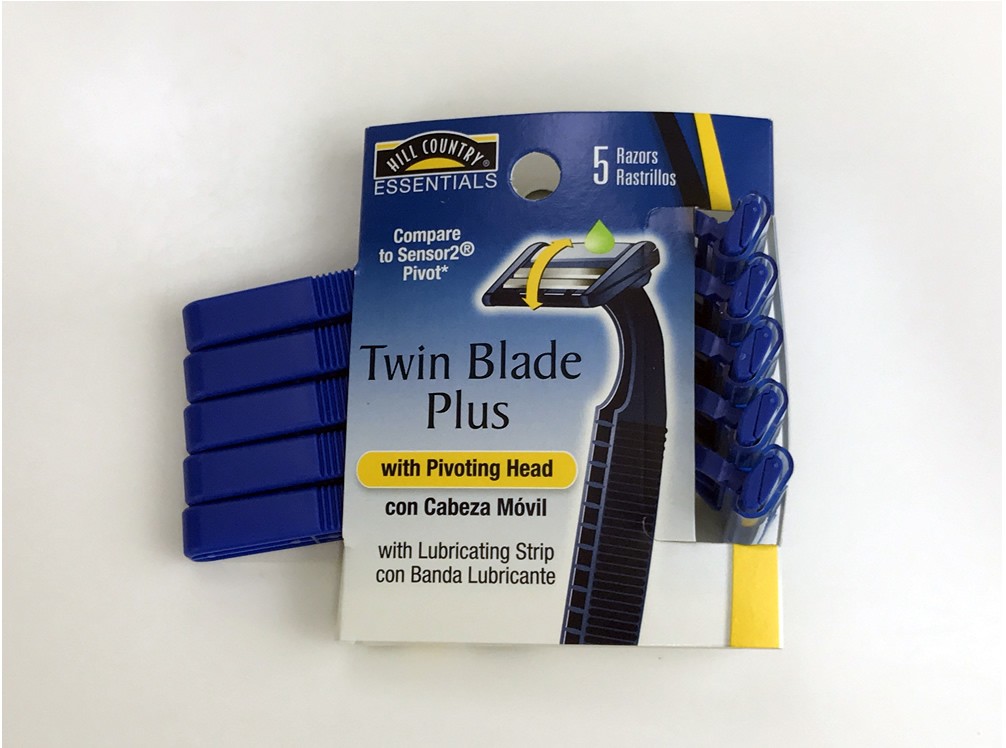 The disposable razor we tested was bought at our local grocery store. It came in a five pack for just $0.97 (about 20 cents per razor).

As for the razor itself, it is a twin-blade, along with a pivoting head and a lubricating strip along the top. It’s completely plastic, except for the blades. According to the packaging, the blades were made in the United States, but the razor was “finished” in Mexico.

The razor itself feels extremely light in the hand since it is completely plastic. And while it does have a pivoting head, the movement doesn’t feel terribly natural, compared to many refillable razors. To get the full range of motion takes some effort.

One other thing we noted was the head angle of the razor. Compared to most razors, the disposable we used had a much sharper angle of the blades when compared to the handle. This meant we had to hold the razor at a different angle than normal to shave.

First Shave With the Disposable Razor

For our shave, we tested the razor with our normal shaving routine. This meant shaving as the last step of our shower. Our preference is to shave in the shower as the warm water softens the hairs on the face, making them easier to cut. To lather, we simply use soap.

Using the disposable razor for the first shave was surprisingly good. The blades had minimal tugging and shaving was very smooth. While we don’t have a heavy beard, the blades cut with little effort.

Because of the angle of the razor head, it did feel a little awkward holding the razor differently than we normally do. As well, during the shave we were worried about cuts and nicks. While refillable blades seem to easily pivot to the contours of your face, the disposable razor took considerably more pressure. During our first shave, however, it wasn’t an issue (although it was on our mind). 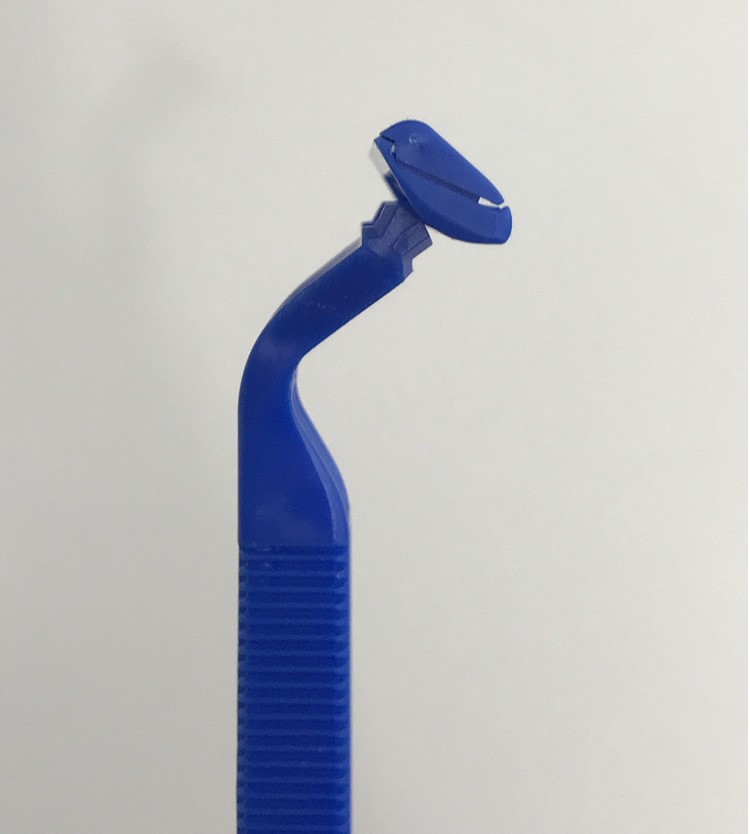 Overall the first shave with the disposable razor was decent. It wasn’t quite as comfortable — or as close — as using a regular razor, but it was in the ballpark. There was a noticeable difference between the disposable and a regular razor when it came to closeness, especially around contoured areas like the chine and jawbone.

Subsequent Shaves With the Disposable

First a disclaimer — disposable razors are meant to be used once, maybe twice — and then thrown away. But to see exactly what would happen, we continued to shave with the razor multiple times during the week. In total, we shaved four different times over the course of the week.

With each additional shave, the performance of the razor took a step down.

The second shave was similar to the first, but with some irritation. While there were no visible nicks or cuts, we did feel a burn when rinsing our face under the shower. It was clear that we had irritated our skin. There was also slightly more tugging of hairs, resulting in a less comfortable shave.

By the third shave, the comfort of shaving with the disposable dropped considerably. By then we saw the first actual cuts on our chin that caused some slight bleeding. The rest of the shave was still relatively smooth, and the blades cut decently.

On our fourth and final shave, we decided to throw in the towel on the razor. Yes, it still cut, but there was more pulling and irritation than before. Most notably, however, the smoothness of the shave fell dramatically. Now, instead of moving smoothly across the skin, it seemed to get stuck in spots.

Zooming in on the blade under our microscope, it’s hard to tell much difference between the used blade compared to a brand new razor. At this level, both razors still look sharp, although there were a few slight deformities in the used blade.

To be sure, the blades on the disposable were still sharp and could cut hair. But after four shaves, the overall comfort of shaving was noticeably worse than the first shave.

Our advice? If you are shaving with a disposable and have light to moderate facial hair, then use a single razor no more than twice. If you have a have thicker growth beard, then ditch the disposable after one shave.

Even better, get a decent refillable razor to make your shaving much more comfortable over the long term.