Razorist.com
Home Men's Razors BIC Hybrid Comfort 3: Full Review & Is It Worth It? 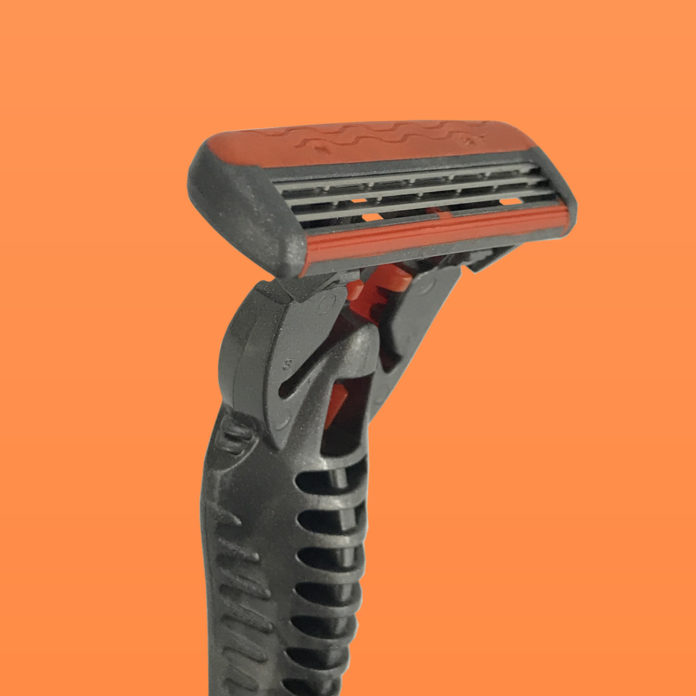 A step above traditional disposable razors… but a step below the typical refillable razor and handle that you’ll normally find on Razorist, the BIC Hybrid Comfort 3 is in its own special niche. It’s cheap, comes with a lot of cartridges, and will definitely cut the hair off your face. But it doesn’t offer the comfort or nick-free shaving of many other razors we test.

GET THE BIC COMFORT 3 NOW

Let’s face it. The price of shaving can be expensive. It’s not unusual to pay $3-4 for a cartridge on some of the fancier razors that also have a lot of bells and whistles you might not want.

On the other end of the spectrum are the extremely cheap disposables. These, you can get in packs of five for $1. Of course, they are as basic as shaving gets and are designed for a single use and then to be tossed. They serve their purpose, but most people wouldn’t want to use them as an everyday razor.

Somewhere in between those two points is the BIC Hybrid Comfort 3. Technically it’s a disposable razor but instead of tossing the entire thing at once, you change out the razor head like a normal reusable razor. Once you are done with the cartridges, you can toss the entire handle and then get a new one.

To be honest, it’s a strange niche to try to fill. Disposables have their place, as do typical refillable razors. Is there really a need for something in between? To see for ourselves, we bought a BIC Hybrid Comfort 3 and put it to the test.

Our razor, which was bought from Amazon, came in a retail packaging. Included in the cardboard and plastic pack (which can be recycled after opening) was the handle and a dozen razor cartridges.

Cartridges came in groups of four, each in a plastic holder. That’s a big plus because with this many razors you don’t want to have them rattling around loose in a drawer until you use them. The design of the BIC Hybrid Comfort 3 is different from other razors we’ve tried. It offers some unique aspects we hadn’t seen elsewhere.

Handle
The first thing that jumped out to us is that the handle for this razor is completely plastic. Most refillable razors have some mix of metal and plastic, with rubberized grips. This one is all plastic, from the grips to the connection point with the cartridge.

Being all plastic, the handle is extremely light. You can barely feel the weight in your hand. For grip, there are a number of raised bumps on the topside of the handle. On the bottom, there are dozens of carve-outs to give texture down the entire length of the razor. Surprisingly, given the lack of rubber grips so common on other razors, the BIC Hybrid Comfort 3 actually feels like it has better grip than just about any other razor we’ve held.

Part of that good grip also comes from the size of the handle. It is larger than most other razors, and the difference between the thinnest and thickest parts of the handle is pronounced. That means there is a lot to hang onto, and also it doesn’t slide easily when held.

If you are someone that has issues gripping a razor normally, this handle might be just the thing.

Moving up the handle, you’ll find the connection point with the cartridge. As we mentioned, this is all made of plastic. Pushing the handle into the blade to connect simply pushes in the two plastic tabs which snap into the head of the razor. Since it’s all plastic, over time we’d expect this movement to weaken the plastic and finally break if you were to take the cartridges on and off repeatedly. On that front, this handle is considered disposable and a new one comes with a new set of blades.

According to the packaging, the razor is made in Greece. Cartridge
As you might guess from the name, the Comfort 3 cartridge is a three-bladed razor. Instead of having the blades centered in the head of the cartridge, they are actually quite low on the head.

Just below the blade are a set a small rubber fins that help pull the skin before the razor cuts the hair. Above the three blades is a lubrication strip. There is no precision trimming blade on this cartridge.

One thing that jumped out to us as different with this razor is the resting angle and pivoting of the razor. Specifically, the razor is angled back more than you’ll find with most other razors when there is no pressure applied to it (more on the effect of this below).

Beyond that, most razors only pivot backward and then spring back forward when pressure is released. The BIC Hybrid Comfort 3 actually pivots back and forward. Backward, it only moves slightly. Forward, however, it moves considerably more.

Shaving with the BIC Hybrid Comfort 3 While the price tag is nice, how does the razor actually shave? During our tests, we came away unimpressed.

First things first: If you have hair on your face, this razor will cut it. There was nothing wrong with the sharpness of the blades with our shaves. In fact, there was no pulling or tugging that we noticed, even after multiple shaves. This is a common issue with disposable razors, but not with the Comfort 3.

Our issue with the razor came down to the angle of the head and its pivoting. Because the razor’s head naturally sits angled back more than other razors, that meant we had to hold the handle at a much different angle than we are used to.

Instead of holding the handle and pulling down the face, we had to hold the handle out a lot more and also try to push it down to shave. To us, it felt awkward to use.

But the big issue is that due to the different way of holding and pivoting, we had multiple nicks and cuts. That’s unusual for us with other razors. In short, with the different angle we had to shave differently, and that seemed to lead to cuts.

Apart from that, the shave provided was decent. The new razor cut smoothly. Using our normal routine of lathering up with soap in the shower to shave, the cartridge moved well across the face. While the Comfort 3 has a lubrication strip, we actually didn’t notice it. Even after running water on it and rubbing the strip to see how it felt, we didn’t notice any lubrication. It honestly just felt like plastic.

One area that we really liked was the grip. Even when wet from the shower, the handle was among the most easy to hold. There was never any worry about it slipping.

One of the nice features of many three-bladed razors is that there is usually more space between the blades when compared to five-bladed cartridges. That’s the case here. With plenty of space, a quick rinse under the shower or faucet easily clears any hair or lather that was on the razor.

Of course, the BIC Hybrid Comfort 3 isn’t trying to compete with some of the fancier razors from Gillette or Schick. It’s focused more on shavers who want a step above a typical disposable without the price tag of higher-end razors.

For our test razor, we bought a handle and 12 cartridges from Amazon for $9.53. That comes out to just $0.80 per razor. If you’re on a budget, that’s definitely on the low-end of razor prices.

Is it worth it? We’d honestly rather pay a little more and get a more comfortable shave, but if you want value, it’s hard to beat.

You can find the Hybrid Comfort 3 available directly from BIC or on Amazon. Expect to pay about $10 for a handle and a dozen razors. We have seen coupons available that can cut the price even further.

BUY ON BIC
BUY ON AMAZON